Costco Shoppers Are Obsessed With This Classic Irish Cheese 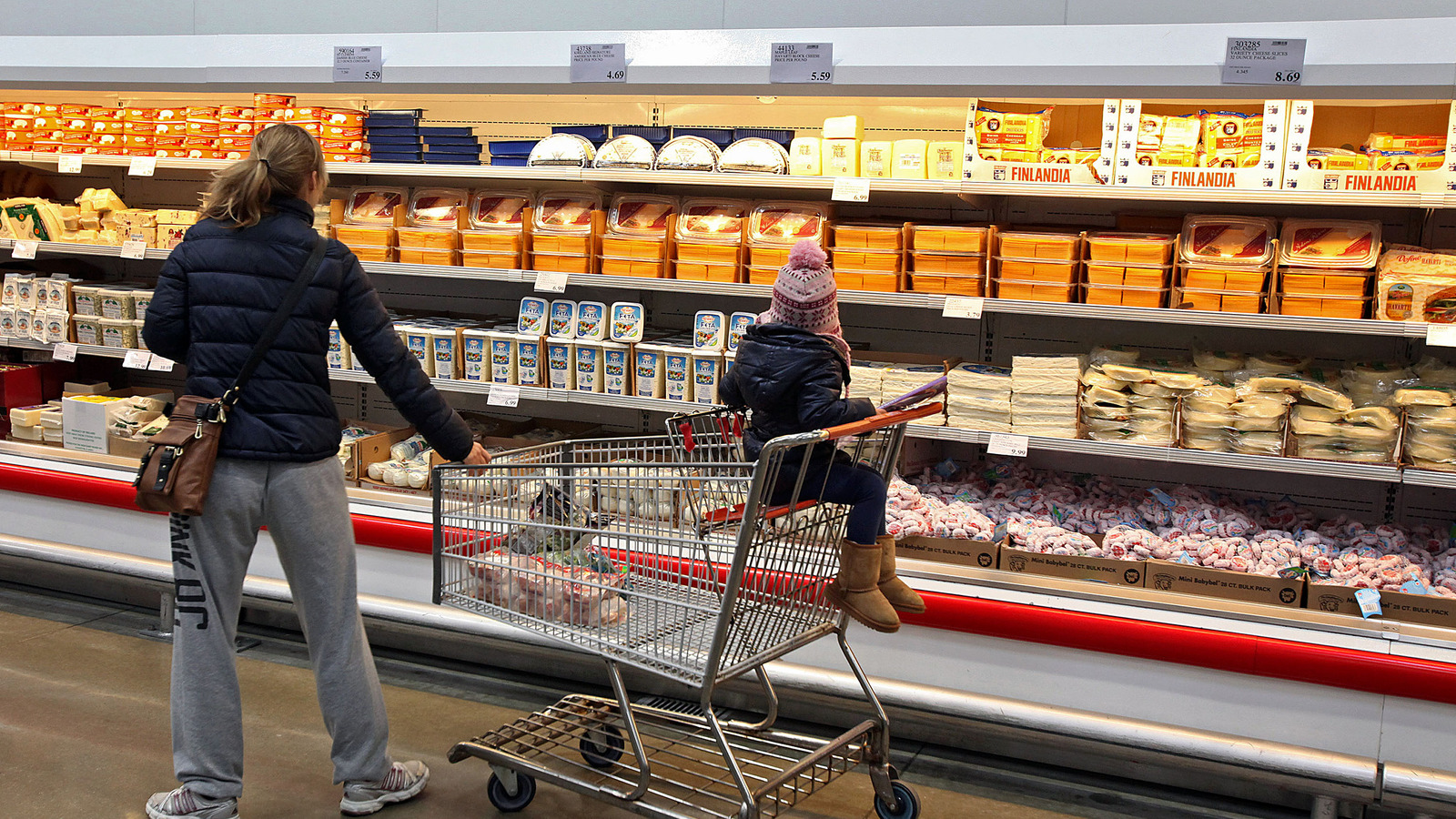 Dubliner is one of those products that connects food history, almost like the six steps celebrity game. For example, Dubliner is part of Kerrygold which also makes butter. One of the original Kerrygold buttermakers also went on to make the iconic Bailey’s Irish Cream liqueur, inspired by his dairy experience (via The Irish Times). The name Dubliner derives not from the city, either, but instead a famous Irish folk group “The Dubliners” that were founded in 1962 (via Badger Herald). The cheese itself was created at a research institute in Cork, by John Lucey while he was working on his PhD in the ’90s. He later moved on to become director of University of Wisconsin’s Center for Dairy Research.

And if these fun food connections aren’t enough to entice you to buy a Costco-size portion of this natural cheese, we can always come back to the flavor. Shares a cheese-lover on Reddit, “It tastes like if a good Swiss and good cheddar combined. Sweet and nutty finish but has some of that sharp cheddar taste.” As another fan concludes, “Definitely Costco’s best hard cheese.”

What Chopped Winner Aarthi Sampath Is Up...

Pesto Isn’t As Healthy As You Thought....